The War Memorial was established in the churchyard of All Saint’s Church in 1921.
A WW1 commemoration service, and re-dedication of the war memorial, was held
on Sunday 22 June 2014. The original 1921 scene was re-captured for the 2014 occasion.

A project to add three additional names to the memorial has been started in May 2013. Local historian Lyn Dyson has led research that identifies three soldiers that have now been remembered in this way. If you would like to know more about the project, see the documentation in the Download Library and similarly for biographies of the soldiers and their connections to West Lavington. The work to complete the new inscriptions was completed in spring 2014. Lyn has now started work to learn more about all those remembered on both the War Memorial and the Roll of Honour sited inside the church. See below for the project briefing, and to learn how you can help. 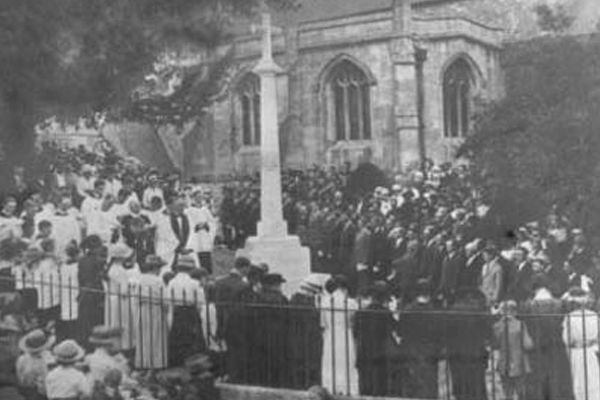 The War Memorial was established in the churchyard of All Saint’s Church in 1921. 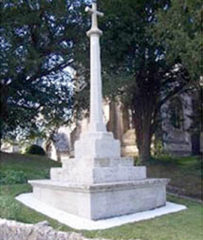 The memorial was cleaned and landscaped in 2010, with the help of a grant from The War Memorials Trust. 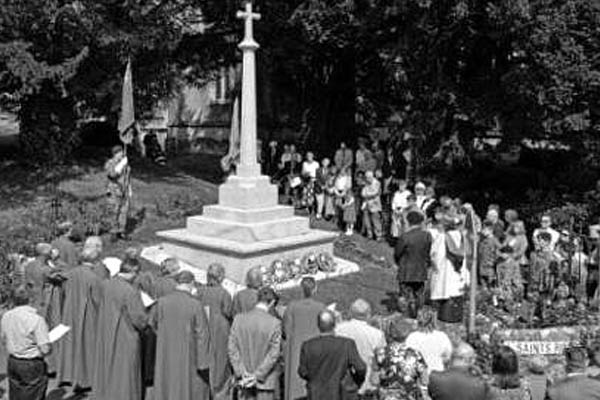 A WW1 commemoration service, and re-dedication of the war memorial, was held on Sunday 22 June 2014. The original 1921 scene was re-captured for the 2014 occasion.

The work of Lyn Dyson

During the her research Lyn has discovered that a part of the Wiltshire Regiment (the 5th Battalion) was engaged at Vernon in France in August 1944. They had to cross the Seine at Vernon to secure the area so the allied troops could advance. They accomplished this, and Royal Engineers were then able to repair the pontoon bridge.

Our village is twinned with St Pierre d’Autils, which is a stone’s throw away from Vernon, and Lyn is currently writing a book about three British airmen whose plane was shot down in St Pierre in 1940, when they were trying to bomb the bridge at Vernon to prevent the German advance. See our Twinning articles on the Village Organisations page for more details.

Lyn would be very interested to hear from anyone who knows someone who was serving in that battalion at that time. Please contact her on 01380 813943 or by email.